I’ve benn running my windsurfing school since over 25 years. I was constantly looking for a good floatation device.

Today I crashed with full power onto my back from 7 meters. I only got wet.

Always wear it in the water as you never know when it might be usefull.

– Bo Vest is very light
– It doesn’t take much space in your luggage
– It provides extra thermal insulation
– It is comfortable and does not impede movement
– it also works like acar airbag what might be important for jumping freaks.

I recommend BoVest to all windsurfers for whom the freedom of movement is essential. Its buoyancy can also be an advantage  while you water start.
BoVest dries quickly, its comfortable and pleasant in touch. Technologically very advanced, made of top quality materials.

As an experienced wave rider, I can honestly say that BoVest is simply sensational. Once partly inflated it does provide enough buoyancy to keep me afloat in a shorebreak and at the same time it does not restrict freedom of my moves.

In my opinion, BoVest is an interesting option for those doing the water sports. It is very simple to use. When fully inflated it gives a safe buoyancy and keeps your body in the safe position in the water, yet it feels just like an ordinary lycra when deflated.

What is Bo Vest?

Bo Vest is not a life-jacket nor an ordinary life-saver. It is a floatation vest, with an inflatable built-in chamber. The shape of the air chamber is such that when inflated, it covers the wearer’s front, back and sides. The shape guarantees comfortable usage.

The chamber is filled via a tube with a valve, using air exhaled by the wearer. The vest’s buoyancy depends on the volume of air pumped into it.

We designed Bo Vest with kitesurfers and windsurfers in mind.

However, during tests, we noticed that not only kitesurfers and windsurfers show en interest. Surfers, SUP boarders, snorkelers and swimmers are kin to use it too. 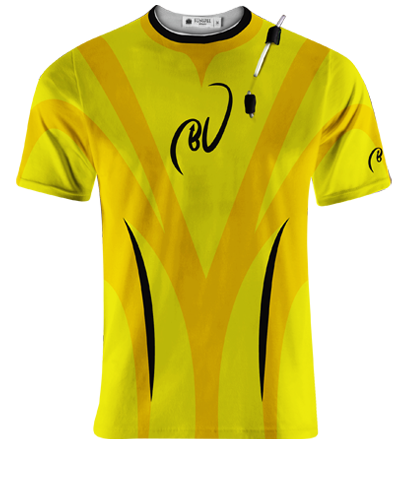 The story of Bo Vest shirt 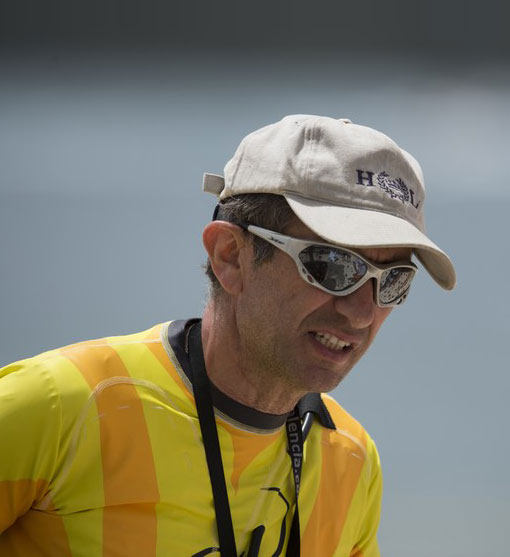 I’ve been running my windsurfing school,  since over 25 years and since early 90-ties, I was constantly looking for a good floatation device. Both for those still learning to surf as well as confident surfers. What I was looking for had to be light, not impede movements, take up a little room in luggage and inconspicuous while you put it on. That immediately ruled out life-jackets and life-savers.

Then the kitesurfing era dawned. My search for a floatation device continued and became ever more essential. A kite might fly away or lose air leaving a rider in the water with a board which usually lacks buoyancy.

While repairing a kite tubes, a simple idea occurred to me: why not to mount an air chamber into a polyester top.  It would be easy to wear and to pump, if needed, using exhaled air through the one pump system – like in airlines life jacets.

It took us a number of months to come up with an optimal shape for the air chambers. Finally, we managed to design a single chamber spanning the front, back and sides (under the arms).

During several month long BoVest  tests, we also realised that apart from safety, the thermal insulation is significantly improved – which makes for more comfortable and safer perfomance in colder condition.

former commando   I recommend BoVest to all windsurfers for whom the freedom of movement is essential. Its buoyancy can also be an advantage while water start. I used it in Croatia in Viganj, with an 8.4m Diablo sail at approx. 5 BF. No problems, and once inflated, water strating was a pure pleasure. Then I used it in Egypt at the Pro Center Tommy Friedl in Jasmine. My setup included a JP Super Sport 124 Pro and an 8.2 Hornet. Bo Vest exceeded boldest expectations. I estimate its buoyancy to be between 20 and 24 litres. Super light, well balanced, keeps an upright position, good protection against excessive sun exposure (just make sure you choose the right colour). I also use it with a shorty or  wetsuit, instead of a floatation device. The vest dries quickly, its comfortable and pleasant in touch. Technologically very advanced, made of  top quality materials. It can be inflated to the maximum, and once deflated it goes back to its original shape. I love this vest and its versatility.

Master Mariner, former Vice-President of the Polish Kiteboarding Association PZKite.     My results of testing. I've been using BoVest for a couple of days. Initially I was testing it out of curiosity, but now I've gotten into a habit of putting it on over my wetsuit. For a number of reasons. You should wear your BoVest under the harness, definitely not over it. On the first day on my test I didn't realize it and it resulted with the vest under my neck.

VDWS International Instructor I first heard about Bo Vest in spring of 2014. Maciek Boszko mentioned something about an inflatable floatation vest for water sports. That got me interested, as both my passion and profession are windsurfing and kitesurfing connected. In April 2015 I was about to take part in rescue training organised by VDWS International Association of Water Sports Schools and I suddenly recalled the vest. The 3-day training was to be held in The Netherlands, in hellishly cold waters of the North Sea. BoVest, with it's aditional feature of air insulation made there a real difference.   Bo Vest test: Venue: VDWS Lifeguard Workshop – The Netherlands, Brouwersdamm (The North Sea) When: 20 – 21 April 2015 Air temperature: approx. 10 C degrees Water temperature: approx. 8  C degrees Wind: 15 – 18 knots Training objectives: How to deal in practice with difficult and complex rescue situations in the sea, subject to maximum realism of the scenarios played out. The training: When we were playing the "victims", we were thrown out of a motor boat into the ice-cold water approx. 500 - 700 meters from the shore and we had to wait until our friends from the "rescuers" team would find us and bring back to the shore :-) In some  cases it took up to 20 minutes to be rescued. Impressions / observations: Worn over a wet suit the deflated vest looks just like ordinary lycra and does not impede movement in any way whatsoever. I had a windstopper jacket on top as well. Inflation is quick and effortless. The vest provides excellent buoyancy once the front and rear chambers are inflated. You don't have to move at all to stay on top of the water. The body remains in a comfortable position and your head is not submerged. I also enjoyed the fact that when inflated the vest kept providing extra insulation and I felt much warmer in the water. Summary: In my opinion, BoVest is an interesting option for those doing the water sports. It is very simple to use. When fully inflated it gives a safe buoyancy and keeps your body in the safe position in the water, yet it feels just like an ordinary lycra when deflated.

We tested Bovest with my 13-year old son. He is just moving from a twintip to a directional board - thus he knows what waves and breakers are, he's been worked and underwater for a bit too long too. The vest helped him to become familiar with the environment in a stress-free way. Usually it was inflated just a little bit, we really just wanted him to get the feeling that there is "something" there which will help if things go awry, he knew that at any pointy he'll be able to further inflate the vest and unclip from his equipment if he really needs to. After training for 2 weeks at Cabo Verde, the boy is not shy of any surf, and he handles them quite well. I think that BoVest gives my son and me feeling of safety. Apart from the safety features, the Bovest inflatable flotation vest has one major advantage - when "at rest" it is just an ordinary lycra - a t-shirt far from uncool. And for many, particularity younger riders, this is of paramount importance... as you can look cool on the beach with the vest deflated and only inflate it where no one can see you. ☺ As an experienced wave rider, I can honestly say that BoVest is simply sensational. Once partly inflated it does provide enough buoyancy to keep me afloat in a shore break and at the same time it does not restrict freedom of my moves.   ... and you don't have to look like a gorilla on steroids ☺ 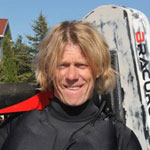 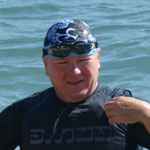 Instruction how to use BoVest 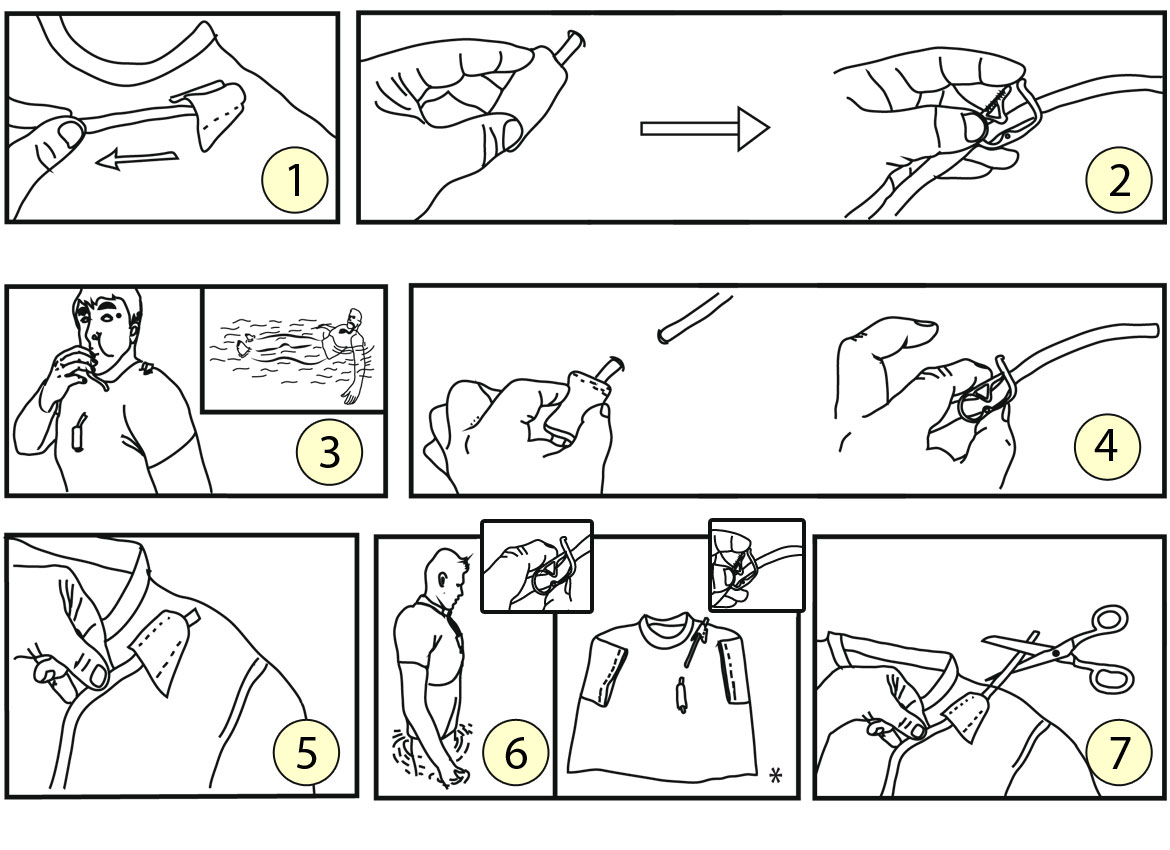 Remove the tube from the sheath

Insert the tube into the sheath

The valve should always be closed during use

The length of the tube can be adjusted by cutting its excess. It is advisable to open the valve when the shirt is not in use

Bo Vest shirt is available in sizes S, M, L, XL, XXL
Bo Vest shirt can be tested on Chałupy 3 camping at the Bo Sport windsurfing school,
there’s also a possibility of lending the shirt for tests in Warsaw, in the company office at Wał Miedzeszyński 377.

Bo Vest
Can be purchased at: